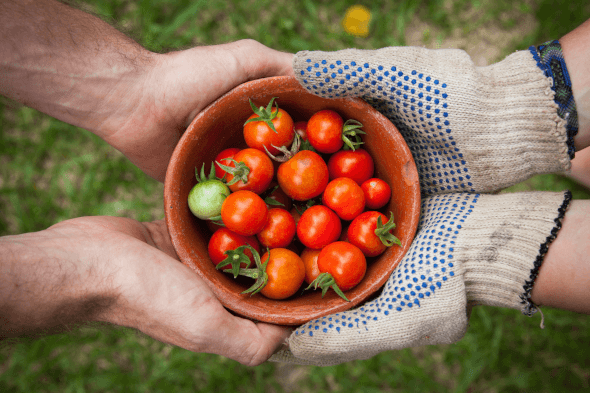 Why do we help others, especially when doing so leaves us with less?

Over and over, we hear that if left to their own devices, people only act selfishly. Whether it’s  hoarding of time or money, conventional wisdom tells us that people are self-serving when given the chance. And in the rare cases when people freely give of themselves, it’s assumed that the motivating factor is either a reward, recognition, or greater social status.

But while those may sound like natural reasons for selflessness, there are countless examples of people helping others who have nothing to gain themselves. So why are people generous? Is there a secret selfish motive behind it?

Is it a need for approval?

Some would argue that people are motivated to serve in order to gain approval from their peers. But the science of generosity suggests otherwise. Indeed, research by psychologists Bibb Latane and John Darley showed that people were less likely to help when others were around, fearing embarrassment or a mentality that “someone else will take care of it.” And yet, people are often very generous anonymously, choosing to remain unknown in their good deeds.

An experiment in 1970 showed that children who voluntarily shared their candy had a lower need for approval than those who didn’t. They already felt good about themselves and were therefore in a better position to respond to the needs of others rather than their own.

Is it a “Superman” complex?

Another theory on why generous people extend their help is that they are motivated by a desire to “play the hero”, and see immediate results of rescuing someone.

But this, too, doesn’t always hold up. If seeing someone in distress makes us upset, the simplest course of action is to walk away to avoid and forget the conflict in the midst of our busy schedules. Yet many of us find that we can’t simply ignore suffering even if we can’t contribute to a direct resolution of it.

There are also countless groups of people, united to solve a problem they might not ever see a solution to in their lifetime. A generous person can be committed to a cause greater than themselves if they believe their contribution will someday make an impact.

Are we naturally inclined to be generous?

Surprisingly, generosity is common in young children. One study of children under the age of 5 recorded over thirty hours of play. The findings showed roughly 1,200 acts of sharing, helping, comforting and cooperating.

In 1979, a researcher named Nancy Eisenberg, studied the behavior of preschoolers and noticed their generosity, including sharing their snacks. Instead of making assumptions, she asked them why they had chosen to share. A developmental theory of the time would suggest that said they only helped to avoid being punished or so the teacher would like them or so they would get a snack from the same child later on. But despite this assumption, the children responded – in a tone suggesting the researcher was missing something obvious – that they shared their snacks because the other child was hungry.

Three different studies even showed that newborns cry more loudly in response to another baby’s cries than to other equally loud and sudden noises. It seems that we’re innately inclined to help carry each other’s burdens. What we are finding is that for most people, generosity and the desire to serve others is hardwired.  They don’t have a selfish motive or an agenda at all, they just simply find fulfillment in giving of themselves to help others.

We’re all capable of being generous people with our time, treasure, and talents. Maybe there is a cause that is near and dear to your heart. Consider taking a step to put your generosity into action. There are thousands of organizations waiting for volunteers like you to help. How will you make your contribution?