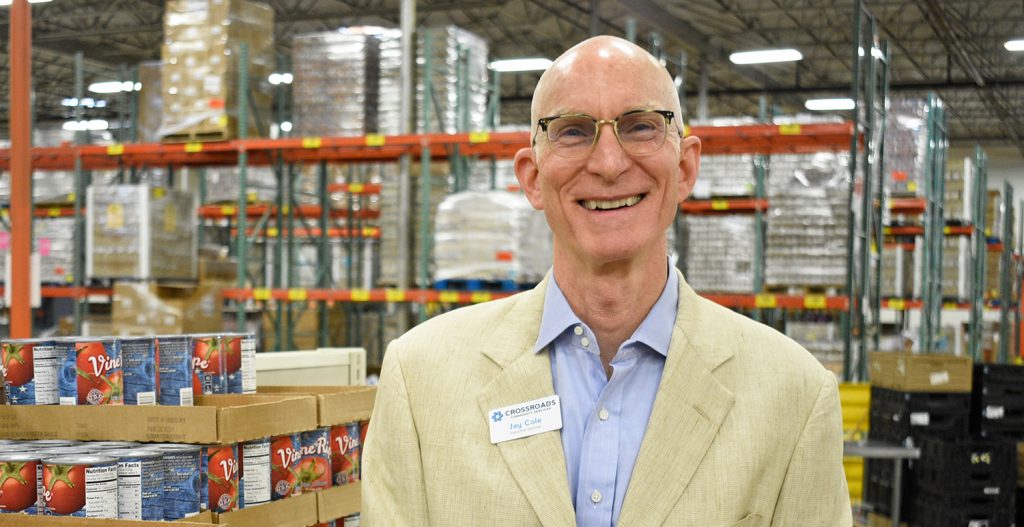 We spoke with Jay Cole, Executive Director of Crossroads Community Services, to learn how his organization was helping people to continue to flourish in the middle of the pandemic.

How did your organization get started?

Crossroads Community Services was started in May of 2001 as an urban outreach of First United Methodist Church. Right from the beginning, we coordinated with other nonprofits and soon became a hub for the North Texas Food Bank. We had an algorithm that helped us provide food packages based on the American dietary guidelines, so other organizations began coming to us for special dietary needs.

We also started collecting longitudinal geospatial data because we felt like it was important to track the long term stability of families. We established research partnerships with local universities and together began to study the problem of hunger. We wanted to learn what some of the underlying factors were that kept people from flourishing and being well nourished.

One interesting statistic is that in the general population people will exhibit two out of 10 depressive symptoms, but in food insecure populations, people tend to exhibit 7 out of 10 depressive symptoms. There’s a strong correlation between food insecurity and depression, as well as problems with obesity. That’s because cheap food tends to be high in salt, sugar and fat and highly processed. All of those things are interrelated.

One of our goals is to see people flourish by helping them make healthier food selections. We are typically able to provide the average client with 25 pounds of balanced, nutritious food. We encourage them to come at the beginning of the month before their SNAP benefits run out so that they can plan out meal choices up front.

How have you been affected by COVID-19?

Once COVID-19 hit and job losses began, the number of people coming to Crossroads increased exponentially. In February we had around 3,250 individuals come through our regular pantry system. On March 16 we moved to a drive-through grocery pickup, and in April we served 17,113 people.

One of the most limiting parts of COVID-19, and one we miss most, is the relational aspect of volunteering. Before the pandemic a favorite job among volunteers was sitting out and taking surveys because it allowed relationships to be built and helped us find out how people were really doing. We tried it for a little while after we pivoted to a drive-through system but had to stop because it was bogging everything down. We’ve recently started trying to ask a few questions with the window half down, but there is not nearly as much interaction.

We also miss the ability to have clients pull grocery items themselves. They typically make their selections on the computer but are able to go and procure the items themselves. Volunteers are always around to help if they want assistance, and they often do, but it gives clients autonomy and we obviously can’t do that now.

What measures have you taken to keep volunteers safe?

Our volunteer base is primarily older, so we have had to be mindful of keeping them safe. We’ve had a few people sorting and building boxes of fresh produce and frozen items. Other volunteers are helping load groceries in the trunks of cars.

Another new thing we have been doing is making welfare calls. We started with just the senior clients, but learned recently from our weekly call with the Communities Foundation of Texas that 20 to 40 year olds are feeling isolated as well. So now we’re calling clients of all ages.

I’m considering using volunteers to do research for us.. They can also help with data entry or stuff envelopes or even clean and disinfect the facilities. We would also welcome individual packs of snack food — like brownies or popcorn — for the on-site volunteers and staff to have when they take a break.  People can put those together at home, but it’s a great way to support our organization.

Volunteers can also post needs online — not just for Crossroads — but for FWD>DFW and the other nonprofits that are out there helping meet needs right now.

How have people responded to these changes you have had to make?

One thing I’d like to say is that the support of the broader Dallas community has been very affirming. People have stepped up to make donations and help in numerous ways, and it’s been so encouraging. We’re all learning together how to do things in a healthier, more sanitary way that values people and maintains dignity.

We’ve really missed the client interaction, but it’s made us think innovatively about ways to improve our system. It won’t be long before we have a way for people to place food orders through an app or on their smartphone or tablet. We’ve discovered that many people simply don’t have access to a computer. It has been apparent in the crisis how critically important technology has become in our society.

Technology that helps us mobilize people has also been really helpful. FWD>DFW, VOMO and 2-1-1 have all made our work run smoothly during this season. Media outlets have also become important again as it’s become imperative that we keep people informed.

My hope is that after this crisis is over, people will continue to think about the common good. Necessity is the mother of invention. We are seeing more ways that we can be more efficient, effective and equitable. I think we need to all ask ourselves, “What can we do better when all of this is over?”

Want to activate your organization to make an impact through volunteering? Create your Free VOMO account today to get started. 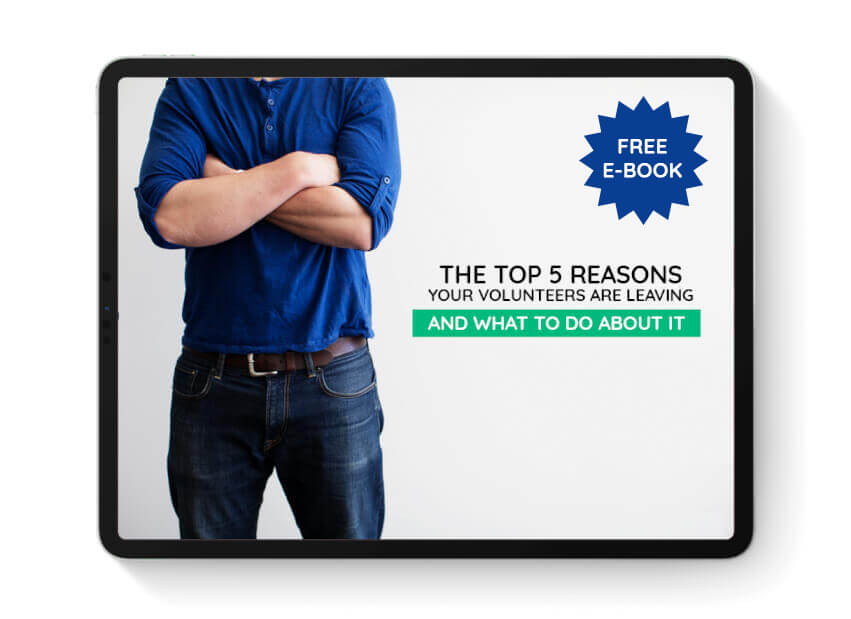 Get updates and learn from the best

PrevPreviousVolunteering in the New Normal: How the Pandemic Changed Us All for Good
Next5 Ways to Help Your Nonprofit Rebound after COVID-19Next 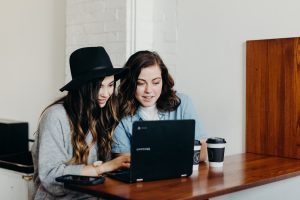 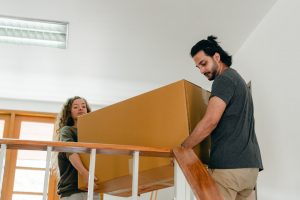 What is the Value of a Volunteer?